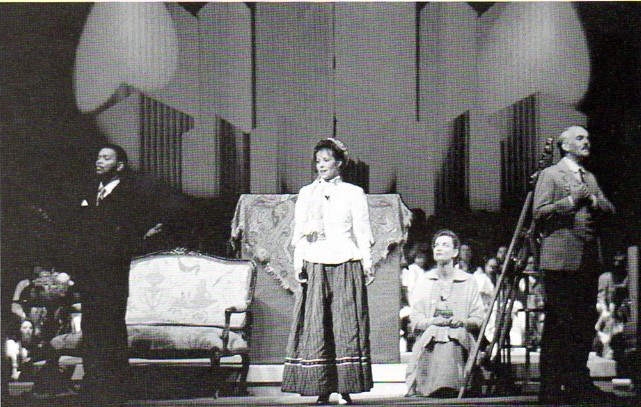 Heralds of the Covenant

A covenant is a commitment, a contract between two parties. Five world religions trace their origin to the patriarch Abraham and his covenant with his Creator. But why would a Divine Creator ask the crown of Its creation to kill his own son? The story of Abraham and Isaac (or Ishmael, according to the Qur’án) seems more a Zen koan for contemplation than a conundrum for rational unraveling. To what degree is a person willing to sacrifice his own will to the Divine Will? The bible is a running chronicle of humankind’s struggle with that question, of its frequent failure to keep up its end of the Covenant. Obedience isn’t easy. It certainly isn’t fashionable – not in modern America. So why in 1912, while visiting New York, did ‘Abdu’l-Bahá name it “the City of the Covenant”? Heralds of the Covenant dramatizes that event.

In May of 1992 I was asked to write a series of monologues for the Bahá’í World Congress to convene that November in New York City. Monologues are preferable to a play for the occasion, I was told, because although the production will be live, it will also be projected on jumbo screens for the audience of 17,000, as well as broadcast by satellite around the world. Time does not allow for a complicated camera shot list, so actors’ movements must be limited. Producer Alex Frame suggests that the speakers could be New Yorkers who had been profoundly moved by ‘Abdu’l-Bahá’s visit to their city in 1912.

I’m suspect of monologues. They tend toward narration rather than drama. Character is revealed through action, not through what someone says about himself. I’m determined not to create talking “statues” or icons whose conflict is only external. So I focus on portraying the inner struggles that tested these early New Yorkers in their belief. Their victory over such tests seems to me the instructive point of their lives. I want to avoid hagiography that distances viewers from rarefied characters. I want to capture these early Western Bahá’ís as spiritual works in progress, not as museum pieces under glass. Therefore, I give no thought to costumes or to any of the other peripheral aspects of drama. All is conflict. All must be subsumed to inner conflict. I focus on ‘Abdu’l-Bahá’s words about “the measuring stick of obedience” and discover how it dramatically links Juliet Thompson, Louis Gregory, Lua Getsinger and Howard MacNutt in 1912 New York. The result becomes Heralds of the Covenant.
[click to read entire play]     [click to view live performance at the World Congress]

In 1850, in the Persian city of Tabriz in the province Ádhirbayján, British and Russian envoys reported a remarkable phenomenon. After a Muslim firing squad of 750 riflemen discharged their volley of bullets, the would-be object of their execution – and his teenaged companion — stood unharmed.

This drama portrays how that teenager, named Anís, willingly chose to be executed with the Báb, the Herald of the Bahá’í Faith. Love’s Companion premiered at the 10th Annual Grand Canyon Bahá’í Conference in Phoenix, Arizona in December 1994. In February of 1995 it was staged in Los Angeles. Benjamin Rotondi (Benny Cassette) played Anís, and Susan Hegarty created the role of Shaykh Hasan-i-Zunúzí.
[click to read entire play] By 1850, a large segment of the population of the Persian city of Zanján had converted to the Bábí religion. That year the Persian government dispatched troops to attack the Bábís. The men, women and children took refuge in a mosque, fortified it, and, for five months, repulsed the siege of the government’s troops. Among the many acts of Bábí heroism, the audacity of a village girl, Zaynab, stands out. Fired with a desire to join the male defenders of the make-shift fort, she cut off her hair, disguised herself as a man, strapped a sword to her waist, and rushed headlong into battle. For five months her fearless courage animated the zeal of her male companions.

This brief drama, written for a dancer, is a movement piece. As in Japanese Noh theater, the choreography is more germane to the drama than the spoken words.

In May of 2012, asked to write monologues for a centenary celebration of ‘Abdu’l-Bahá’s 1912 visit to San Francisco, I get carried away. Although told there’s only 15 minutes of stage time, I write the draft of a one-act play. Robert Turner, butler to philanthropist Phoebe Hearst and first African-American Bahá’í, becomes my inspiration. He serves as Narrator of Door of Hope, the story of how ‘Abdu’l-Bahá came to journey to California. Phoebe Hearst, Thornton Chase, John Bosch and Ella Cooper are the other historical characters featured. Excerpts are presented at the San Francisco Opera House (below) on September 9, 2012. 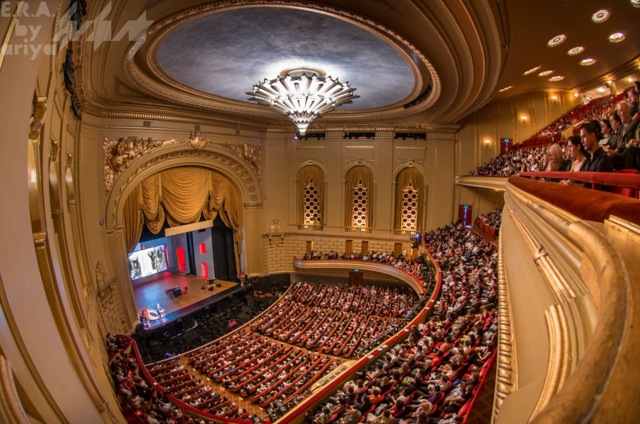